What Customers Say About Us

EarthWorks (Ontario) “We have been working with Nature’s Artifacts for a few years and are very happy with the range of beautiful products that we are able to offer in our shop. We are a family run business and feel like Nature’s Artifacts is part of our family as well. The service is always friendly, accommodating, flexible and authentic in all ways. It is always a joy to visit Nature’s Artifacts when we are ready to do more buying. We look forward to a continued mutually beneficial working relationship” 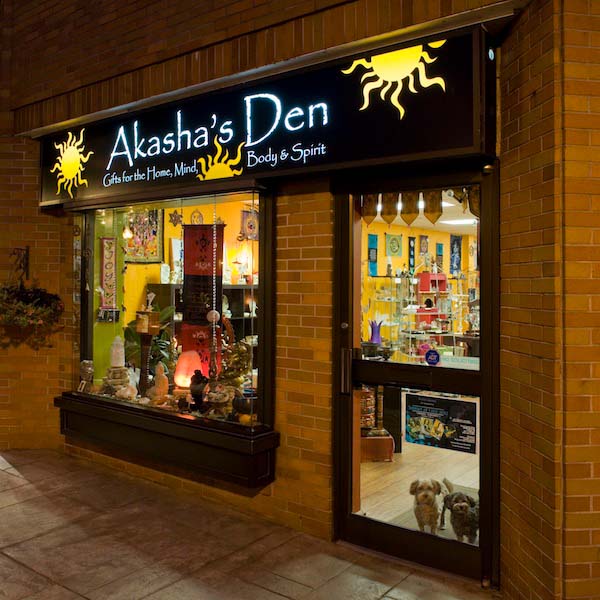 We have been working with Nature’s Artifacts since 2009 and look forward to a continued relationship for years to come. Harris and his staff have consistently been gracious, friendly, and accommodating and attentive to our input and needs. The wide selection of products makes our buying so much simpler and significantly reduces our sourcing time. Nature’s Artifacts is always open to our suggestions for new product lines and happily sources and adds to their already wide variety of offerings.

Our relationship with Nature’s Artifacts feels like a partnership with common interests in ensuring our client needs are met and exceeded. We at Akasha’s Den have high standards for our products which assist our clients on their spiritual journeys and in their healing practices. Nature’s Artifacts meets those needs hence a true partner and valued supplier.

Akasha’s Den is a retreat away from the everyday stresses of life. Located in downtown Oakville at 312 Lakeshore Road East Akasha’s Den inspires tranquility, healing and harmony for home, mind, body and spirit. An escape from the everyday stresses of life, a safe haven/gathering place for “like hearten” people on a spiritual journey. The Den greets you with an instant calm as you walk through the door.

Owners Mary and Alex say their “Spiritual Grocery Store” is a teaching and healing centre for the spiritual community and spiritual family featuring a Mecca of merchandise as well as a variety of private readings and healing sessions, workshops, special events and meditation and healing circles.

Salt of the Earth for Life

Quality products, excellent customer service and a wide range of items has made Nature’s Artifacts my favorite supplier!

Haven’s best sellers are the Rock Salt and Selanite Lamps, Candle Holders and associated products from Nature’s Artifacts, where Customer service is superb and delivery is immediate! We enjoy the quality of the products and that they are CSA Approved. Customers return for more of the Rock Salt and Selanite products after they experience the health and beauty and many other benefits that these “gifts from nature” provide.

Greetings,
I wanted to share an amazing story about my 84 year old mother.  About a year ago, she was diagnosed w/COPD and emphysema and “sentenced” to oxygen 24/7.  She did not like being tethered to plastic tubing, and believes in the bodies ability to heal itself.  We did some research and found the Himalayan Salt Inhaler.  She measures her O2 saturation level (via a pulse oximeter) and it always raises after the salt treatment.  Your product combined w/yogic breathing has allowed her to get off oxygen during the day- and only uses it at night.  It’s like a miracle.  If you’d like to hear more, feel free to email, as we would love to share the good news.

You know since I’ve had some challenges with my health due to stress, I started prioritizing my health and well being more seriously. I’ve learned so much about health and well being, so many things came along and I came across the healing benefits of what a Crystal Salt Lamp can do to us and our surroundings. I’ve spoken to a lot of suppliers and retailers because I was so intrigued and skeptic… then I came across Nature Artifacts, I order one Jumbo, two x-large and three larges. The details of the crystal lamps are outstanding, the texture and shapes are unique, a genuine master piece of nature’s treasure, the customer service was right to the point and quick to reply, the delivery was on time… Nature’s Artifacts offers genuine products and services! How do I describe my experience? nothing but Amazing!!!

Namaste,
My mother, Mary, will be 84 in August, and is very healthy and has been a keen influence on my own approach to natural healing. Up until last year, she has never been on a prescription medication, choosing to treat any malady with vitamins and herbs. So it was quite a shock to admit her to the emergency room last October after she had experienced a slight black out.She was diagnosed with COPD and emphysema, and instructed to use oxygen 24/7. As an 83-year-old woman with a history of perfect health who moves well and has a sharp mind, being tethered to an oxygen tank did not sit well. Her first words to me (out of earshot of the medical practitioners) were, “I’m going to get off this oxygen; I don’t know how yet, but I will.”

She ordered the Himalyan Salt Inhaler around the end of February, 2009,  and began using it in March, 2009.  Using the Himalyan Salt Inhaler, combined with pranyama (Pranayama is a combination of the Sanskrit words Prana (life force) and ayama (control, mastering), and Pranayama breathing is a way to master the life force and use it to promote your own health) and prayer quickly got her Oxygen levels consistently up over 95, which she measures with the pulse oximeter, and she was able to get off oxygen during the day.  She now only uses oxygen at night only.  The Salt Inhaler is absolutely a contributor to her ability to get off oxygen.